I've always wanted to do a post about Belgian decor, but it's been four years since I started the blog and Belgian style has become even more popular.  As a result, there are those who highlight the style better than I ever could (like Greet Lefevere at Belgian Pearls).  I only posted this room to show the beauty in simplicity, which in my opinion, is the heart of Belgian style.

Keeping It Simple (in Provence, no less)

A search on google for something else entirely led me to the website of a hotel in Provence (worse things could happen, I suppose, when it comes to the Internet). I must have let out an audible sigh when I saw this room at the Benvengudo Hotel in Les Baux de Provence. Don't you feel more relaxed just looking at the photo? The soft colors and gauzy drapes are so inviting.   The wood paneled doors make the room--it could be bland without the additional color and texture. 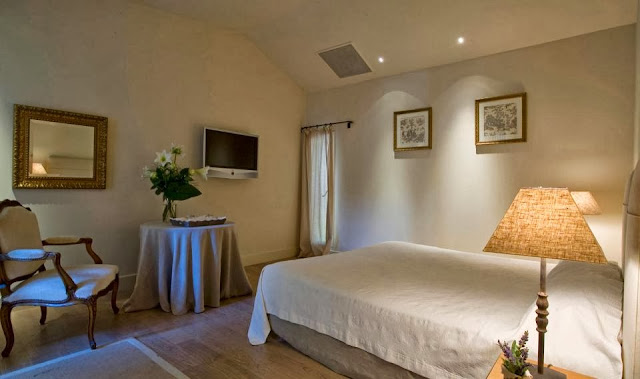 The flat screen television doesn't jive with my idea of a week in Provence, but it is a hotel room after all.  Some U.S. vacationers, for example, may want to keep up with events at home, like what's happening with the debt ceiling.  Not me.  I'd pass on watching television although I can't go more than two hours without checking email on my iPhone so who am I to judge? 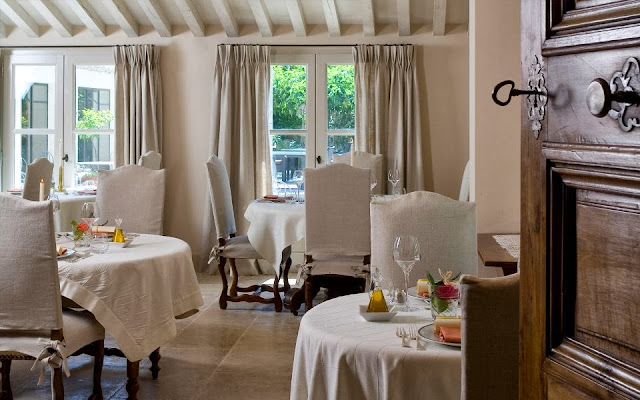 After you've caught up with what's happening in the world (if you must), you could head downstairs for a relaxing and probably delicious dinner in the hotel dining room. 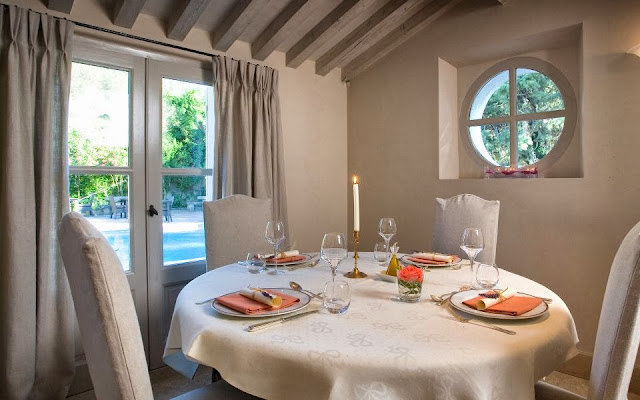 I had a cozy table for two in mind with Jon, but this would work too. 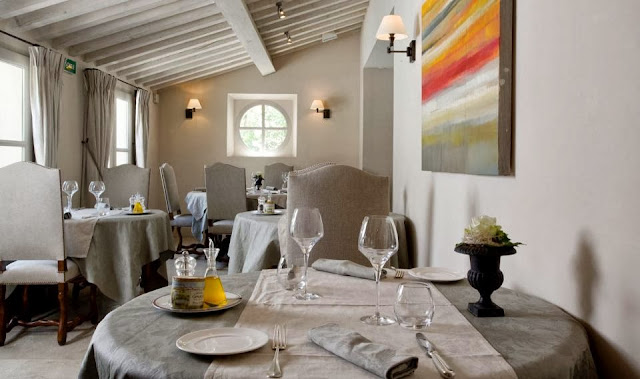 Isn't this a beautifully simple table setting and flower arrangement?  It appears as though each table has its own box of Fleur de Sel.  I just love French sea salt (yes - easily impressed and gushing a bit). 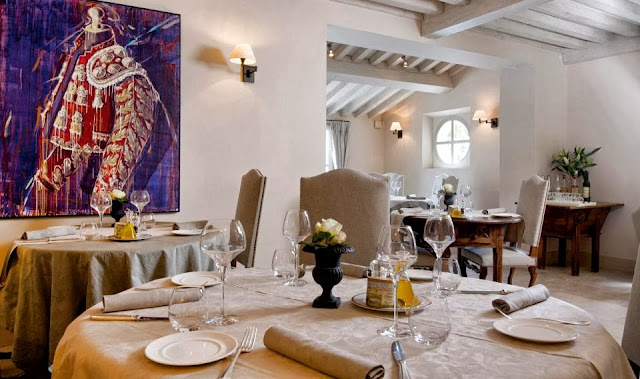 Leave it to the French to inject surprise by hanging a colorful and interesting painting in a very neutral space.
See, it worked.  Didn't you forget about the debt ceiling for a few minutes?
﻿﻿﻿﻿﻿

Sometimes it's about leopard print pillows or a pumpkin-colored sofa but more often than not, I return to interiors that are simple, neutral and basic.
This kitchen is from a villa at Stablewood Springs Resort in Texas.  I believe, although am not sure,  that the interior design is by Pamela Pierce (please don't hold me to it).  The link to the resort website is under the photo.
Do you think white wicker chairs could work in a New England kitchen or do they seem better suited for a warm climate like Texas?  I like them very much.
9 comments:
Email ThisBlogThis!Share to TwitterShare to FacebookShare to Pinterest
Labels: Decorating, Favorite Designers
Newer Posts Older Posts Home
Subscribe to: Posts (Atom)