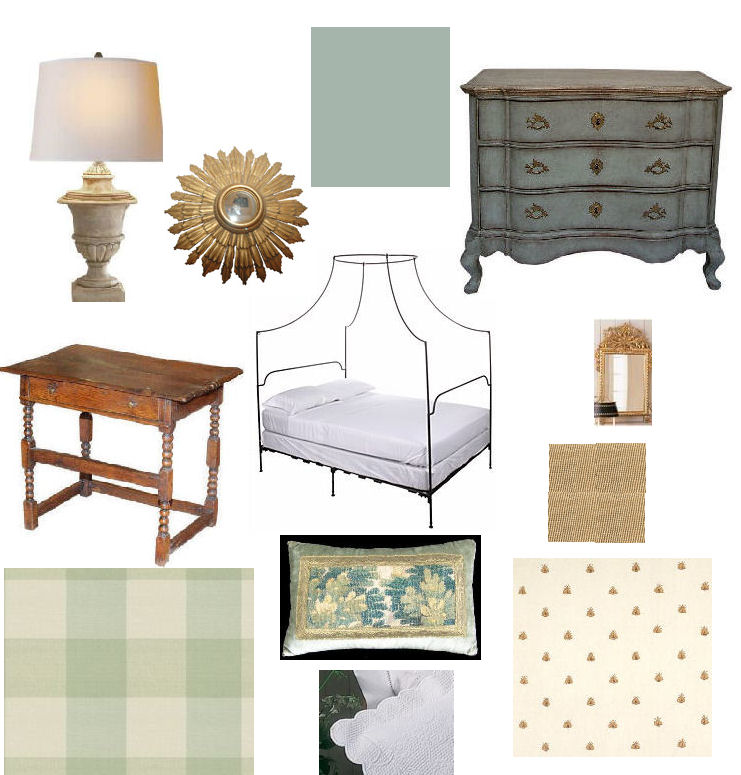 Just a quick post as I was thinking of ideas for decorating bedrooms and came up with this version inspired by the antique tapestry pillow from bviz.com. The bed is the popular Italian Campaign bed from Anthropologie. The bedding is Sferra's Alice matelasse. Fabrics are from Calico Corners. The celadon checked fabric would be used for a tailored bedskirt and also to cover the headboard area. I especially like the gold "Napoleonic bee" fabric, which could be used for drapes or other pillows in the room. The urn lamp is from Circa Lighting. The beautiful blue chest is a pricey antique from 1stdibs, however, an inexpensive chest could be used and painted Benjamin Moore's Wythe Blue for a similar look. The french style mirror was discovered at Pierre Deux and the sunburst mirror (which would be hung on the wall above the headboard) is another antique from 1stdibs as is the wood spool side table. The rug would be sea grass or wool that looks like sea grass for more softness.

Well, that's it from me today! Have a Happy Weekend!
13 comments:
Email ThisBlogThis!Share to TwitterShare to FacebookShare to Pinterest
Labels: My Designs 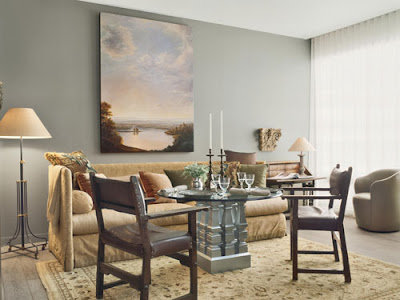 
Most fans of interior designer John Saladino have probably seen by now the January/February 2010 issue of Veranda Magazine featuring his recent work for Veranda's Designer Visions Show House. The article highlights Saladino's interior design for a townhouse in "cinema style" at the Soho Mews in the Soho neighborhood of Manhattan. According to the magazine, Saladino was inspired by the film Girl With a Pearl Earring based on the painting with the same name by 17th Century Dutch artist Johannes Vermeer.
The rich fabrics, jewel toned colors and textures of this Saladino dining room immediately caught my attention. The painting above the sofa, however, stopped me from turning the page. The colors, depth and play of light in the painting are as dramatic as the room itself. 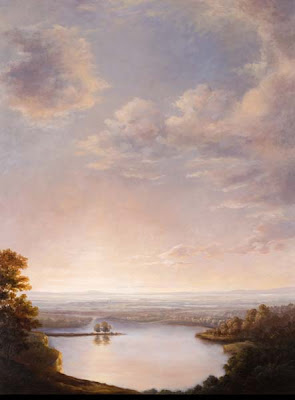 The credits in the article mentioned that the painting was by Victoria Adams. There was no other mention of the artist, so I searched the web (as usual!) and learned that Victoria Adams is a contemporary landscape painter working in oil and wax on linen, living and working on an island in Puget Sound near Seattle, Washington. The painting in the Saladino dining room is High Vista, shown more closely above. 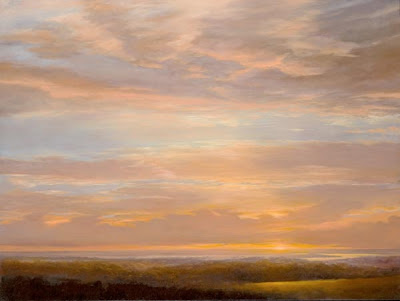 
According to her website Victoria Adams "finds inspiration for her primary subject matter—the sky, the land, and deep atmospheric space—in the weather and views of the Pacific Northwest." 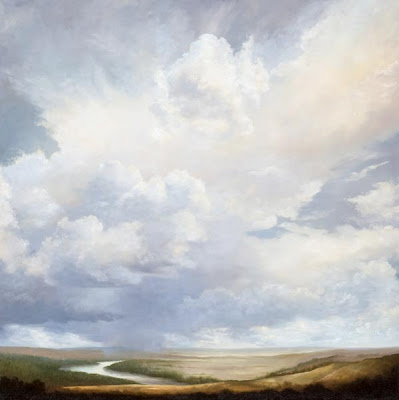 Vantage 2009
There are so many of beautiful paintings on Victoria Adams' website. I click through all the images, appreciating the dedication and talent it takes to create such work. 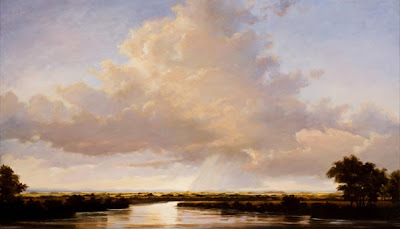 
The paintings are large and bold. Flume measures 30 x 52 and High Vista from the Veranda article measures 72 x 54.
Here is another favorite. 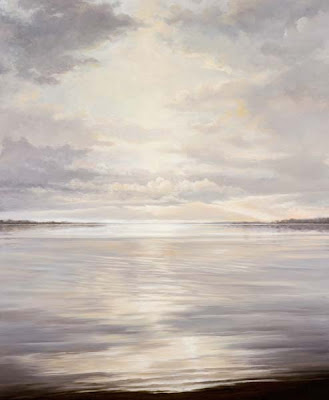 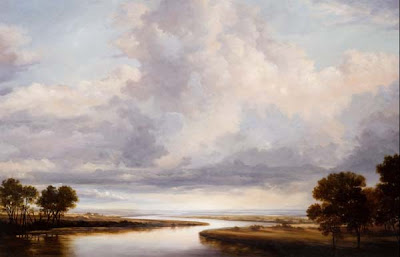 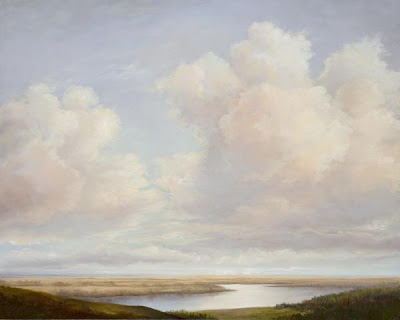 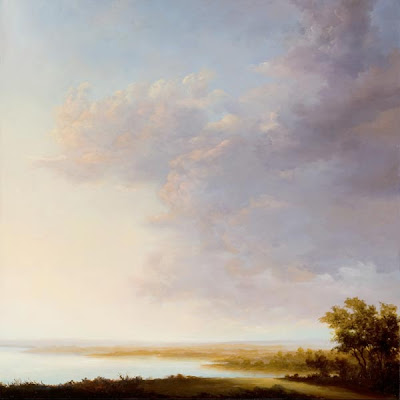 Approach 2009
These paintings are just a small sample of the artist's work. If you are interested in seeing more and learning about Victoria Adams, you can visit her website here. I also recommend reading the Artist's Statement on the website for insight on her approach to creating these magnificent paintings.
All images (except the first) www.victoriaadamsart.com