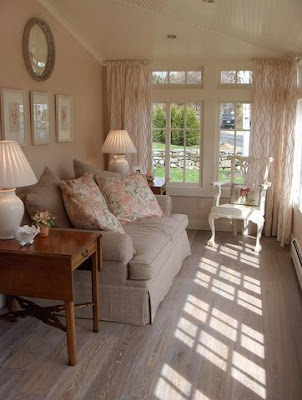 Some of you may remember my post about the work of Seattle area artist Victoria Adams. Soon after that post, Boston interior designer Frank Hodge contacted me about Victoria's paintings. He'd found my post after searching the Internet for Victoria's work and was interested in her paintings for the same reasons I was, but was also looking for art for a client. Frank's email about my blog was very kind and encouraging and we exchanged a few emails they way we all do when we make a connection over the shared interest of interior design. I visited Frank's website and was immediately impressed by his work and if you visit his site, you'll understand why. I was so pleased that Frank agreed to let me post photos of his work that I could share with you here. The images to the left and below are of a sun room he designed for his client in Rye, NH. This home is a work in progress and I hope Frank will have more photos to share as the work continues. It looks like a beautiful home! 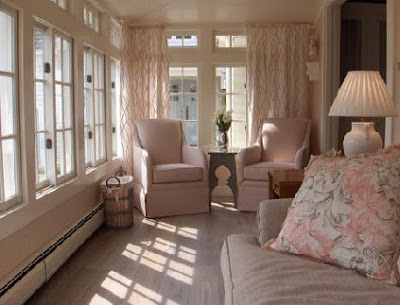 Frank is one of those fortunate people who has a focused eye and a great sense for color. He is mostly a self-taught designer, having attended classes at the Boston Architectural Center and having worked for Judy Ross & Co., and as a consultant to Charles Spada (another of my favorite Boston designers) before striking out on his own in 2006. His website features some of his projects, including show houses for the Museums of Old York in Maine. Frank got his start in the business after renovating a farm house he purchased in Chester, Connecticut. Word soon spread about how beautiful his house was and the editor in chief at the time of Woman's Day magazine, Jane Chestnutt, asked to see his home. She was looking for a designer to redo her apartment in New York and hired Frank for the job. Quite a start, no? Take a look at some of Frank's projects below. 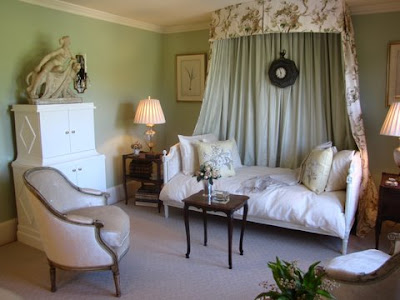 This is the guest bedroom Frank designed for the 2008 Museums of Old York Show House. The pistachio green walls were a surprise to me, but aren't' they unique and refreshing? Oh, how I love this room. I almost don't want to show the before photos, but you have to see the transformation to fully appreciate this room...... 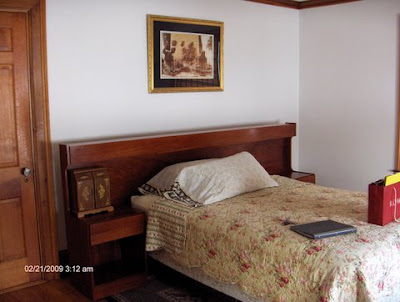 Below is the wall on which the bed and canopy were centered: 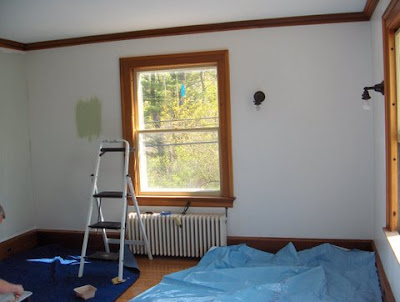 Following are before and after photos of Frank's work in the kitchen of the same show house. Most of the original cabinets remained and it's a great example of what a little ingenuity and creativity can do without completely gutting a kitchen. 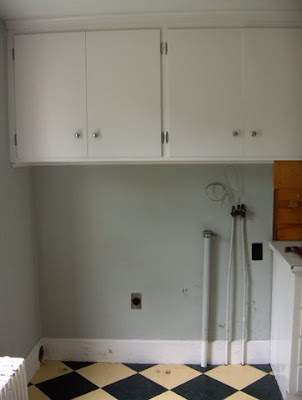 After. Cabinet doors removed and filled with Paris porcelain and silver: Sink area before: 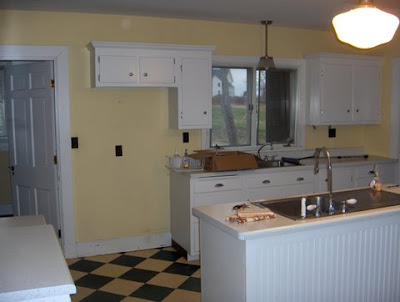 And after: Before the installation of a new green cupboard: 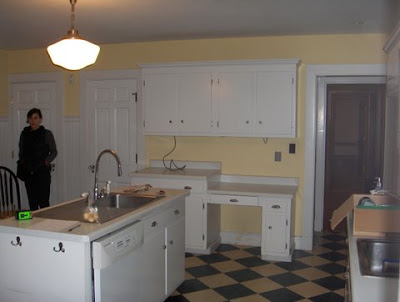 And after:
Another view of the sitting area in the finished kitchen:


Moving right along, here are photos of rooms Frank designed for the 2008 Museums of Old York Show House. This is the "after" of the Master Bedroom. Neutral tones make this room a calming retreat: 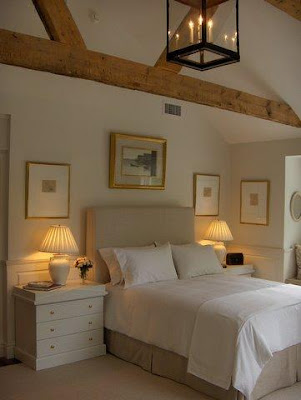 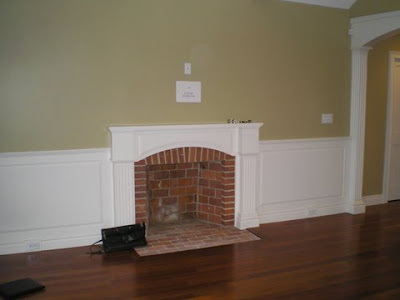 After. A reproduction unfinished George Washington portrait and iron lantern are unexpected touches in a bedroom. The floral pillow on the love seat adds a hint of color to the room. 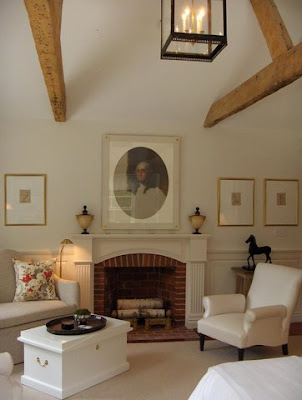 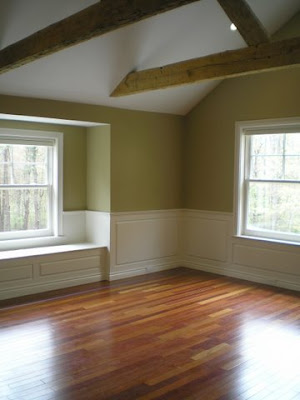 ...makes a great spot for a bookcase and antique writing desk: 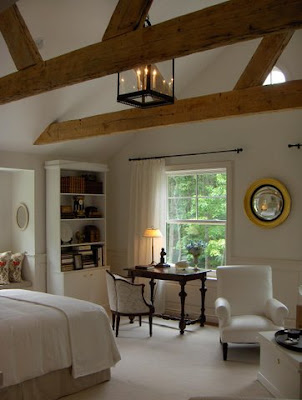 I could move right in! If you'd like to see more of Frank's work and press coverage, visit his website here (F.D. Hodge Interiors).


Frank will also be designing a living room for the 2010 Museums of Old York Show House in York, Maine, if you'd like to see his work in-person. I've marked the date my calendar and won't miss it! The show house will be open to the public from July 17 through August 14 and you can find more details including directions here.